The days of washing your car in the driveway with multiple buckets of sudsy water are over, unless you’re ready to subject yourself to a neighbor’s rage — and stiff fines.

California’s drought has affected the way both dealerships and consumers approach automotive care. Car washes once viewed as routine increasingly have become optional. For example, the drought has led Folsom Lake Ford to wash the cars on its sales lot once a week, rather than three times a week. Dealers are reducing the water used in their service areas, too.

The Niello Co. said it still offers complimentary car washes for the vehicles it services but only on request. The same is true at Folsom Lake Ford, where general sales manager Paul Campagna said the service area is saving about 1,500 gallons of water daily by providing car washes by request only.

Amid the drought, Future Ford of Sacramento held off on buying a new car wash, said general manager Rod Collins. Instead, customers who have cars serviced at the Madison Avenue dealership receive a coupon for a nearby car wash that uses recycled water.

Not all commercial car washes use recycled water. Based on unofficial estimates, about two-thirds of professional car washes recycle water in some fashion, according to the Chicago-based International Carwash Association. Eric Wulf, the association’s CEO, said he’s not aware of car washes that have reduced their hours of operation or closed entirely as a result of California’s drought. The trade group maintains car washes use much less water than restaurants, hotels and other industries.

But using traditional methods to clean a car between commercial washes might wreak havoc on your home water usage. One entrepreneur thinks he has a solution.

Earl “Sticks” Brown, CEO of Stockton-based Radiant Ride, created a waterless car wash system that consumers can use at home. The seven-piece kit retails for $89.

The product recently launched at Future Ford of Roseville, where it is sold in the parts department. Future Ford of Sacramento expects to carry it soon. Brown hopes to offer his product to other dealerships as well.

“Our focus is just to raise awareness that waterless car-care technology is available,” Brown said. 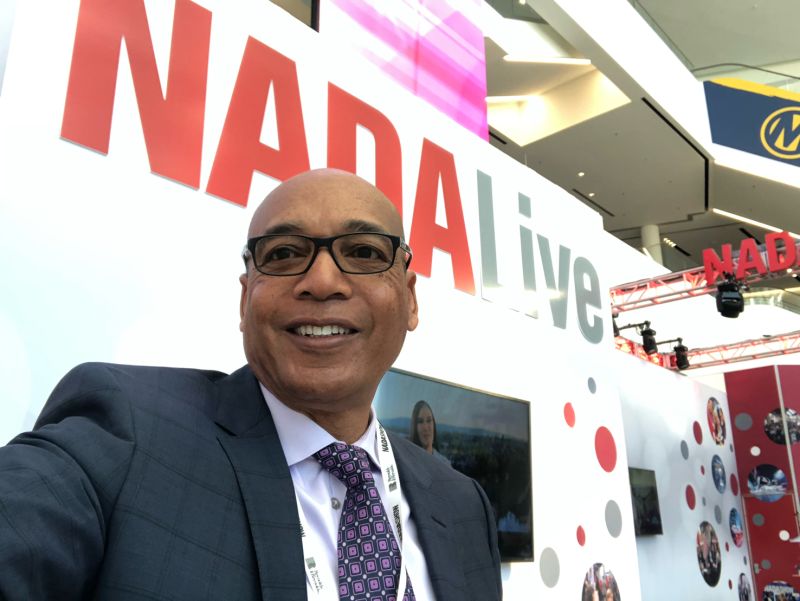 WE’RE ON OUR WAY TO MONTEREY!

We’re on our way to Vegas!